The HCOGS held its annual luncheon to recognize new inductees into the lineage groups sponsored by the Chapter. The luncheon was held at the Clovernook Country Club. The Chapter now sponsors three lineage groups:  First Families, Settlers and Builders and Century Families.

Our guest speaker for the luncheon was Michael Morgan who entertained us with stories of Cincinnati's Over-the-Rhine neighborhood.  It was known for its large population of German immigrants, beer gardens, saloons and breweries.  You can read more about his program by checking this previous post that discusses "When Beer Was King."

It's not too early to start thinking about next year's luncheon.  Download an application at the Chapter's website. There are several Chapter members who would be happy to share advice on how to complete the application.  Perhaps next year we will be able to recognize even more Hamilton County ancestors who had a part in creating such a great community.

You can view individual pictures of Century Families inductees by clicking on this link.

The October 2011 issue of The Gazette is now available online on the members-only portion of the website, http://hcgsohio.org/membership.shtml.

Articles in this edition:

Current Program announcements can be found on the calendar tab of this blog.
Posted by Hamilton County Genealogical Society at 1:49:00 PM No comments:

Email ThisBlogThis!Share to TwitterShare to FacebookShare to Pinterest
Labels: Gazette

Over-the-Rhine: When Beer Was King

Ken Burns coverage of George Remus, King of the Bootleggers, in the PBS Special, 'Prohibition,' has given us an interesting glimpse back into life in the Queen City in the Roaring 20's.

Step back to an even earlier time, 'When Beer was King," at the Heritage Luncheon on Saturday, October 22, 2011.  Michael Morgan will speak on this fascinating time in Cincinnati history at the luncheon.  Everyone is welcome!   A printable registration form can be found at:  Heritage Society Registration Form.  Please return your registration by October 12, 2011.  The following program description was taken from the registration form:

Michael Morgan has worked several years toward the physical and cultural restoration of Cincinnati’s Over-the-Rhine.  He has been involved in historic preservation and conducting events that bring the neighborhood’s history alive. He is a lawyer, author, trustee of the Brewery District Community Redevelopment Corp. and former executive director of the
Over-the-Rhine Foundation.  Michael organizes tours of historic brewery sites and the annual Cincinnati Bockfest and recently published his book, Over-the-Rhine: When Beer Was King.
Everyone  Welcome!  Questions about program or reservations?   Karen Klaene  (513) - 922-3379. 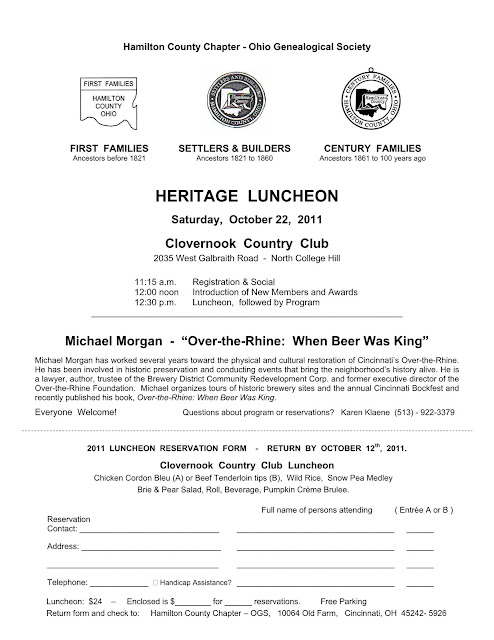 "Ask the Experts" Day at the Library 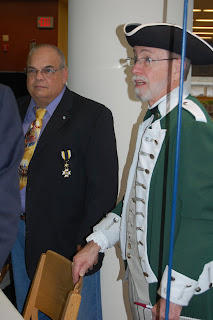 Yesterday was a great day at the Main Branch of the Public Library of Cincinnati and Hamilton County.  Local genealogists had the opportunity to "pick the brains" of representatives from a wide variety of Tri-State organizations.  Included were experts from the Revolutionary War and the Civil War.  Have African-American, German or Irish ancestors?  They had answers. Want to know more about technology?  Got it. Ancestors from Kentucky?  No problem.  One author even provided a historical perspective of the Over-the-Rhine neighborhood as well as breweries from both sides of the river. 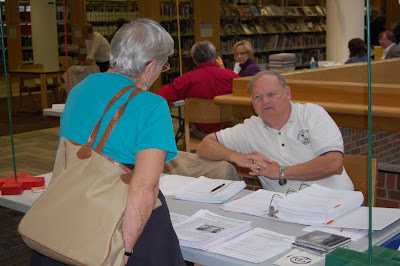 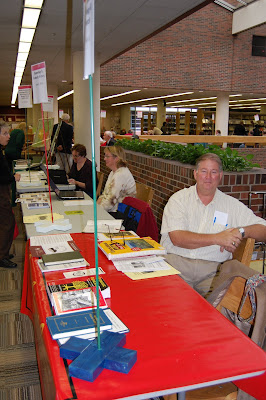 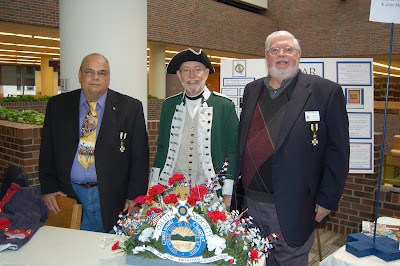 Attendees also had the opportunity to attend a session on how to create a blog about their family history and research.  This was followed up with a hands-on session in the computer lab.
On a personal note, I made some valuable connections and have filled up my calendar for November and December.  As a first-time attendee, I didn't know what I was missing.  I'm already thinking about how we can "get the word" out next year so that more people have the chance to "ask the experts."
Posted by Kathy Reed at 10:15:00 AM No comments: