The Tracer Will Be Available Online December 1st

In anticipation of the December 1st publication of The Tracer, Editor Deb Cyprych released the Table of Contents for the upcoming issue. Just scanning the list makes me eager for the release date. So enjoy Thanksgiving and mark your calendar. 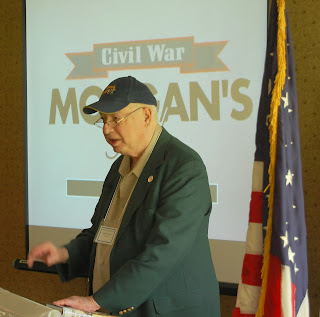 Lester Horwitz, author of The Longest Raid of the Civil War, was the guest speaker at this year's Heritage Luncheon. This year is the 150th anniversary of the raid of Confederate John Hunt Morgan's raid across parts of Indiana and Ohio. The raid was planned as a diversionary tactic designed to keep Union troops busy in the north while Confederate General Bragg and his troops retreated to Chattanooga, Tennessee. Following the battle of Stones River, Bragg and his troops had retreated to Tullahoma, Tennessee, a location Bragg felt was indefensible against the potential of an attack by Union Generals Henry Judah, William Rosencrans and Ambrose Burnside. Morgan's raid began with 2500 cavalry and ended with the surrender of 350 very tired men in West Point, Ohio. Of interest to us is the fact that Morgan and his men traversed much of Hamilton Co., stealing horses and provisions as needed to sustain this 1000-mile raid. 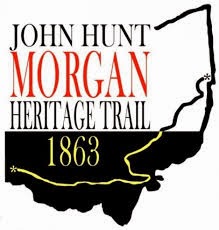 You may have noticed these signs posted around Hamilton County tracing the route Morgan and his men took through Hamilton Co. It must be remembered that the troops frequently separated into smaller groups as they searched out fresh horses and provisions, so the signs do not reflect all of the places affected by the raid. Deb Cyprych wrote a series of articles for The Tracer (see p. 23) documenting the claims for reimbursement from the state following the raid.


Sixty-five HCGS members and supporters attended this wonderful event. If you've never attended one in the past, consider attending next November when we welcome a new group of Lineage Society members -- including, perhaps, YOU! 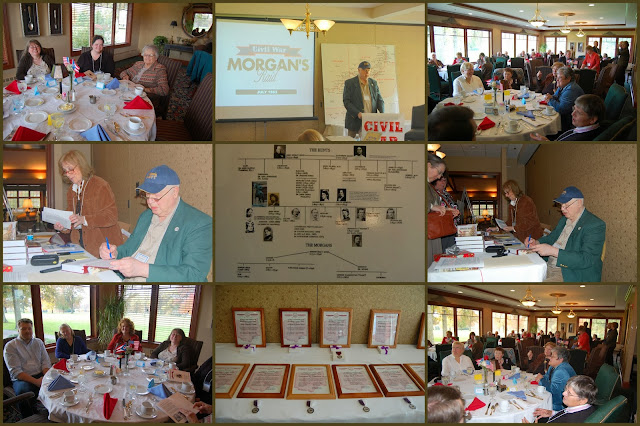 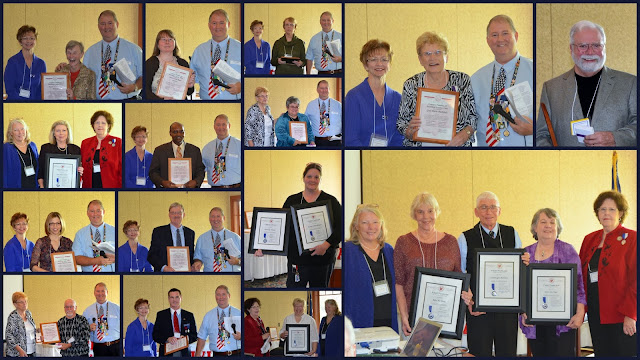 Four members were honored for the continuing contributions they made to the chapter over its 40 years in existence. David Pittinger, Chief of Staff of the Hamilton County Recorder's Office, has worked tirelessly to assist genealogists with their research. Deb Cyprych, editor of the chapter's award-winning quarterly The Tracer, also served as the editor of the Ohio Genealogical Society's publication Ohio Genealogical News, for five years. Mary Remler served as the Cemetery Chair and was responsible for the publication of 21 volumes of Hamilton County Burial Records. Also honored, but unable to attend, was Barbara Wegley. Barbara has served as the Corresponding Secretary and on the Board for many years.


Have you ever wanted to become a member of one of the Lineage Societies? If you have a direct ancestor who was born or lived in Hamilton County at least 100 years ago today, you may qualify. Consider submitting an application. The application and rules for submission can be found on the HCGS website. 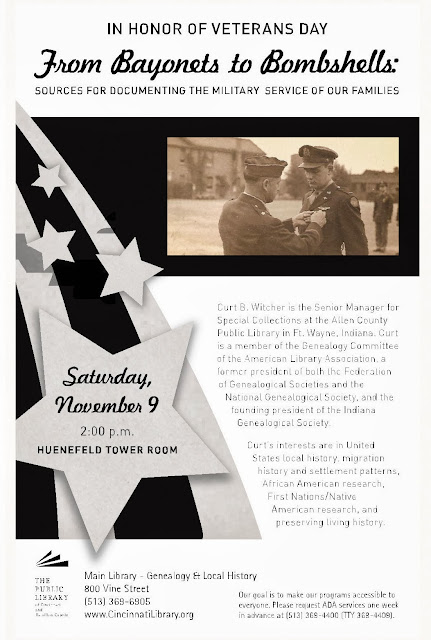 This Saturday, November 9th, we have the privilege of welcoming Curt Witcher, from the Allen County Public Library in Ft. Wayne, IN. Curt has served as president of both the Federation of Genealogical Societies and the National Genealogical Society and was also the founding president of the Indiana Genealogical Society. His presentation, "From Bayonets to Bombshells," will discuss the sources that are available to document the military service of our family members.

Many of us have tried to document the service of our ancestors from the Revolutionary War through the wars of the 20th Century. As we honor our country's veterans, what could be more appropriate than finding out how to uncover the hidden treasures about our ancestor's service? What surprises might you discover? Mark your calendar and bring a friend to the PLCH Main Library at 2:00 PM. 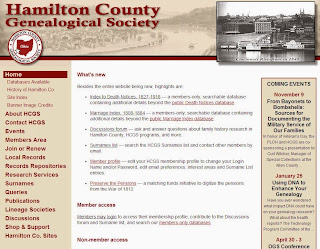 The website development team for Hamilton County Genealogical Society (HCGS) has worked many months to develop a brand new website for both HCGS members and the general public. Numerous research guides have been created to help people find local records and access repositories. A forum is now available where members can discuss their "brick walls," ask questions about records access, offer ideas for HCGS programs, and more.

Members can add Hamilton County related surnames to the online Surname List and search for ancestors in two new databases: Death Notices, 1827-1910 and Marriage Index, 1808-1884. Credit card or PayPal payments are now accepted for purchases from our online store.  Check out all these features and more at www.hcgsohio.org.

While some features are available to the general public, others are for members only. Become a member today for as low as $10.

HCGS is excited to offer you our new website and all its features. Contact us if you have any questions.