Most genealogists and family historians want to share their research. Never has it been easier. In addition to the traditional ways of sharing, technology has made it possible for us to choose what is most comfortable for us and what might best appeal to our potential audience.

This year's conference will offer seven sessions offering tips on writing and possibly publishing your research.
Lisa Alzo, a well-known genealogist, lecturer and writer to the online community will give two talks: 1) Self-Publishing for the Genealogist: Tips, Trick &Tools, and 2) A Dozen Ways to Use Your iPad for Genealogy and Writing. You can read about Lisa and her many accomplishments by clicking on this link.

Lovers of blogging as a way to share your genealogy are probably very familiar with Thomas MacEntee. He is the founder of geneabloggers, a community of more than 3000 genealogy and family history bloggers. Thomas is not one to rest on his accomplishments. He is going to tell us how we can "pin" our family history, undoubtedly making our research available to an entirely different segment. If you are wondering what a "blog" is and what is involved in creating one, consider coming to the talk by Kathy Reed: Introduction to Family History Blogging.

Of course keeping your readers coming back for more requires skill. Warren Bittner will discuss how to transform dry documents into an engaging narrative. Mr. Bittner is a nationally-recognized lecturer and has served on the faculty of the Samford Institute of Genealogical and Historical Research.

To register for the OGS Conference, visit http://www.ogs.org/conference2013/ .  A discounted rate is available until March 15th.

Do You Have the Need for a Scooter or Wheel Chair Rental for the Conference? 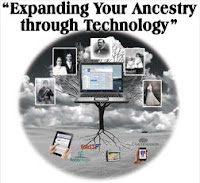 We have negotiated a discounted rate on scooters for the 2013 OGS Conference at the Millennium Hotel if anyone has that need. The scooter cost is $100 vs. the normal $150 charge. The same company provides wheel chairs. Here is a link to their site: http://www.rollinontherivercincy.com/.
For additional information about rates and payment methods, call Lance Sizemore at 513-582-6526. Mention that you are attending the OGS Conference to get the discount. Be sure to tell them when your are arriving and when your are leaving the conference.
Posted by Kathy Reed at 6:01:00 PM No comments:

From Slavery to Freedom and Cluster Genealogy

This year the Public Library of Cincinnati and Hamilton Co. and the Hamilton County Genealogical Society co-sponsored a two-session seminar featuring Deborah Abbott PhD. Anyone who has ever tried to do African-American genealogy knows the challenges faced when trying to trace ancestors who may have been slaves in pre-Civil War records. Using case studies, Dr. Abbott showed how she was able to identify her family by researching every possible line and neighbors, black and white, through multiple record sources. One of her main messages to the audience was the amount of patience and the years of searching that may be required to solve some of these genealogical problems. In addition, most answers are not going to be online and definitely not the result of "shaking leaves."

The afternoon session focused on "Cluster Genealogy." To quote Elizabeth Shown Mills, this method incorporates "FAN - Friends, Acquaintances and Neighbors." Our ancestors were not as mobile as we and tended to move in groups. If you can't track your ancestor, try looking at the neighbors. Through case studies, we discovered the circuitous route researchers must often pursue to put the puzzle together.

If you are now kicking yourself for not attending, there is good news. Dr. Abbott will be returning to Cincinnati in April and giving two presentations as part of the OGS Conference. Both talks are scheduled for Friday, April 26th. This was discussed in an earlier post. You can click on this link to read more about it.

At last year's National Genealogical Society's Conference in Cincinnati, we were overwhelmed with attendees who specifically attended because of their interest in German genealogy. Cincinnati, among other areas of Ohio, was an area heavily populated by German immigrants during the 19th Century. Based on last year's demand, the OGS Conference organizers have made every effort to provide sessions to meet the needs of those interested in German and other European research.

F. Warren Bittner is giving three presentations. I had the opportunity to read Mr. Bittner's bio, and I can't wait to hear him speak. He is a nationally-recognized speaker who has presented at numerous genealogical conferences. I'm particularly intrigued by his talk on illegitimacy. He chose this topic for his master's thesis, and I promise you he discovered that this topic is not as cut and dried as you might think.
Ernest Thode is also scheduled for three presentations -- and what a bio he has. Mr. Thode has been manager of the Local History & Genealogy Department of the Washington County Public Library in Marietta, Ohio, since 1992. Mr. Thode has taught German, translated German documents for family researchers, authored books including German-English Genealogical Dictionary, and written an award-winning newspaper genealogy column.
Michel Lacopo returns to Cincinnati after presenting for the NGS Conference in 2012. His specialty is identifying and locating German records, including lesser-known records. Should you attend his presentation on identifying the German origins of American immigrants, you can expect to hear about the following:
James M. Biedler, whose credits include serving as President of the International Society of Family History Writers and Editors,writes regularly for newspapers, magazines, and journals. He also serves as an Instructor for Family Tree University. His talks will include "Zigzagging through German Church Records" and "What's a Palantine Anyways?"
Finally, Thomas Jones will present a case study on how to plan and execute efficient and effective research. Elissa Powell will help participants learn how to make use of passenger lists. Barbara Bell, who specializes in northern German resources, will highlight the use of familysearch. If you have Eastern European ancestors, Lisa Alzo will discuss online resources that increasingly becoming available for researchers.
So get your calendars out. There's so much to do with so little time.
Posted by Kathy Reed at 10:45:00 PM No comments: