In previous articles published in the Gazette and The Tracer, members were invited to submit stories of their ancestors who served in the Navy or related industry in Cincinnati during the Civil War. We were surprised at the response. This led our speaker, Gary Johnson, to search out genealogical records that would document their service and benefit other members who may be interested in researching their ancestor.

Gary Johnson has documented more than 3000 people who enlisted in the Navy out of Cincinnati during the Civil War. Although 625 miles from blue water, the US Navy was a significant presence in Cincinnati during the Civil War.  Cincinnati had a long history of experienced rivermen and major steamboat infrastructure to support modifying steamboats into warships suited for fighting in the shallow water rivers of the west.  Armed and armored steam boats were needed to support Grant and Sherman as they recaptured the Mississippi River from the Confederacy.  Lightly armored "tinclad" steamboats then helped keep the rivers open.  Some 3300 Ohioans served in the Navy, many recruited at the Public Landing.

Mark your calendar and plan on attending what promises to be a great program honoring our Navy Veterans from the Civil War.  If you don't have an ancestor who served, you will get great examples of some of the genealogical records that are available to the researcher interested in Navy and/or Civil War history. 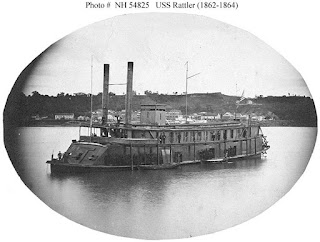 Migrations To and Through the Old Northwest Territory - Webinar by Dr. David McDonald 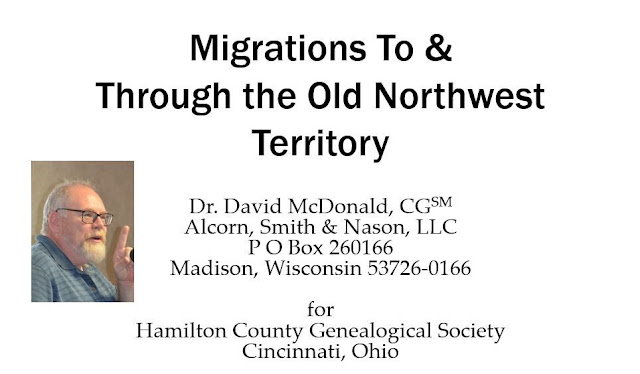 Were you unable to attend our HCGS Event with Dr. David McDonald on September 16th? Fortunately, David agreed to let us share his third talk with members of our society. It is now posted on our website, http://hcgsohio.org. Sign into the Members Only are and choose “Videos, members-only” as pictured below. 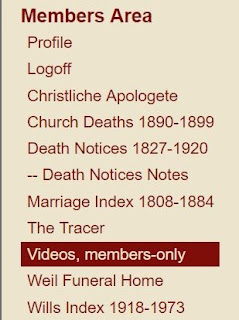