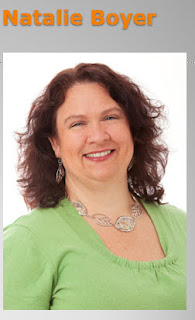 On April 9th, Natalie Boyer spoke to the members of the Southwest Ohio DNA Interest Group.We had the chance to take a step beyond the science of DNA and explore its application. Natalie told us that, at the age of 13, her mother let her know that the "Dad" who was raising her was her adoptive father. Her mother also let her know who her biological father was. The surprise came later when a DNA test proved that that man was not, in fact, her father. Hence, the "three Dads." 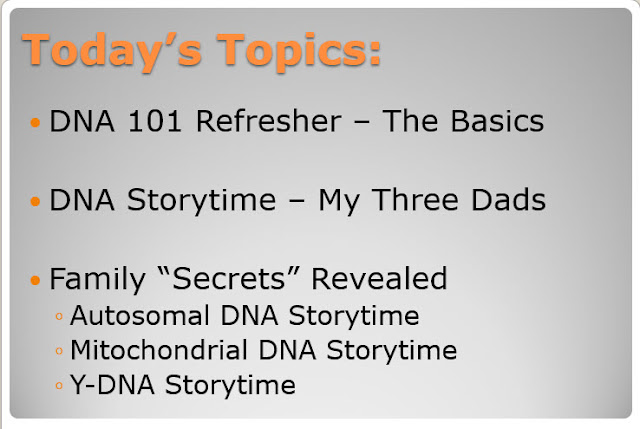 As the story unfolded, one story led to another -- and that led to yet another! Natalie had to use autosomal, mitochodrial and Y-DNA to put together all of the pieces of the puzzle.

We are happy to announce that this presentation is now online. Please excuse the audio which is a little out of sync. I promise you that you will be entertained. Who knew that so many brick walls can be knocked down if you have the skill to utilize the various types of DNA.

Click on the link: https://vimeo.com/335981997 to view. This video can also be found on our chapter's YouTube channel.